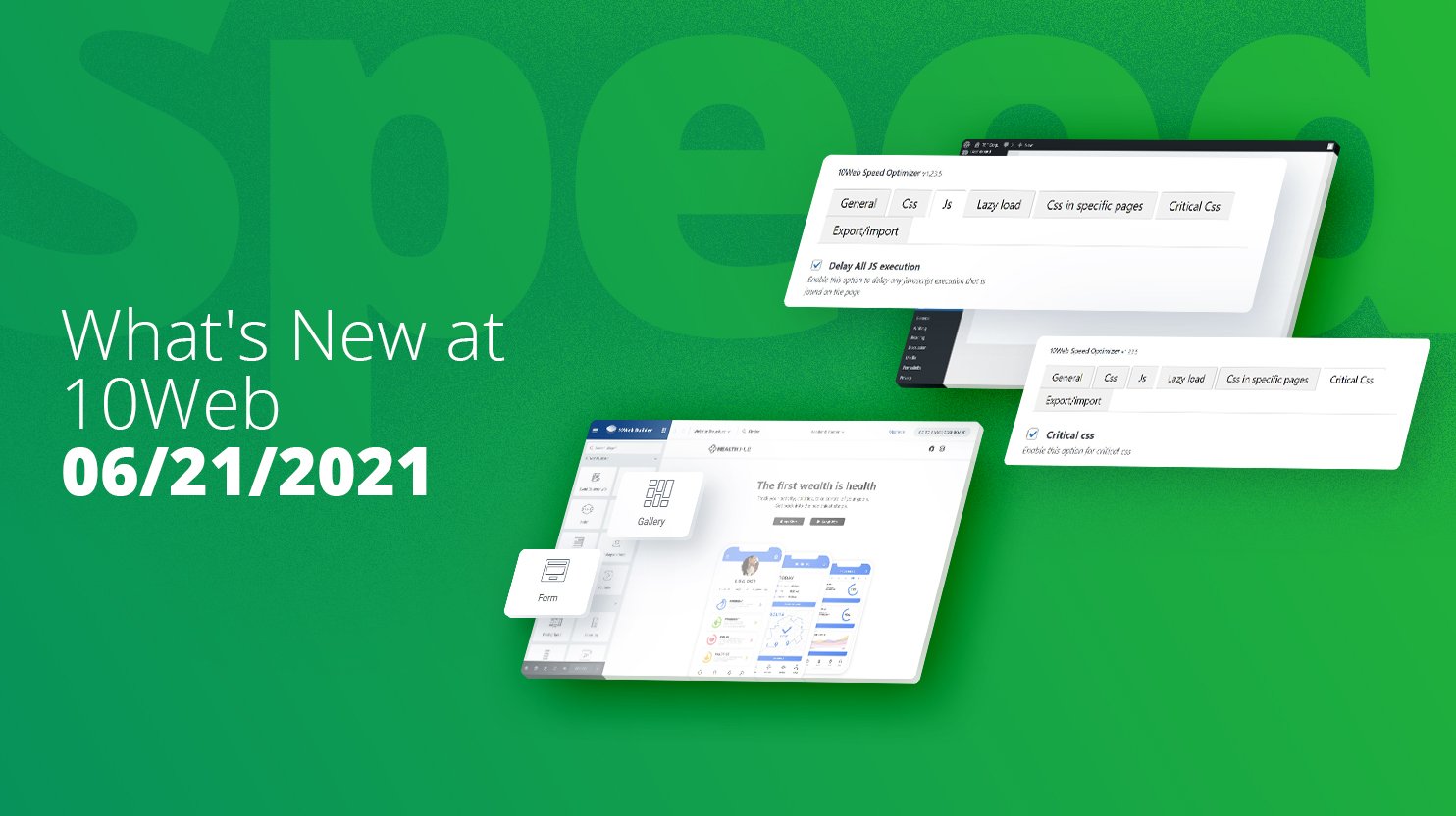 Continuous improvements to our speed optimizer are always in the works. This month we had major work done on the plugin in order to improve it’s optimization capabilities. With a special team intensively concentrated specifically on the plugin, here are some of the highlights.

Added Web Worker
We have added a Javascript Web Worker that downloads async resources in the background using a separate thread and not blocking the main browser thread. This reduces loading and blocking time and improves the PageSpeed score.

Added Delay All JS
The option to delay all JavaScript code execution before interaction has been added to the Speed Optimizer and is enabled by default for all new users. Here too, the Web Worker downloads all JavaScript files in the background and connects them to the page upon user interaction. This improves most metrics used to calculate page speed score; thus, helping to significantly speed up your websites.

Improvements to Critical CSS
We have implemented inline loading of critical CSS to apply only styles for the current screen. Additionally, the Web Worker loads all of the uncritical CSS in the background, and connects it to the page. This reduces the blocking time and increases the page speed score. This option is enabled by default for all new users.

Improvements to Cache
Critical CSS files now are separated from the rest of the cache and are automatically regenerated on certain actions like theme change or template import.

We have added new widgets to the builder and new functionalities to some of our existing widgets. This greatly increases the fluidity of the creation process allowing you to stay concentrated on the task at hand.

Form Widget Button Field
Allows you to add buttons to your forms. Buttons are customizable and can have a link.

Form Widget Reset Button
The reset button will allow users to reset the form information they have filled out.

Table of Contents Widget
This widget is new to the 10Web builder. The widget will allow you to generate a dynamic table of contents.

A new version of the AI Builder has been released and here are the improvements and fixes.

Box Shadow Recreation
Box shadow recreation has been added to AI. Now AI is able to recreate shadows of a section/widget box.