Stay up to date with the latest marketing, sales, and service tips and news.

Back to other options

Back in May 27, 2003 Matt Mullenweg and Mike Little created WordPress, a platform which was to change the direction and trends of all websites.

WordPress has kept climbing higher and higher on the ranking lists of top CMS ever since.

At the age of 15, WordPress, with 75 million websites and 58.7% market share is, without doubt, the leading CMS on the market. Small blogs and personal photography websites, startups and world’s top companies alike have decided on WordPress when creating their websites.

Here is a list of 10 absolutely gorgeous websites you probably have heard about, but might not know were created with WordPress.

“This is the part of me
That you’re never gonna ever take away from me
Throw your sticks and stones,
Throw your bombs and your blows
But you’re not gonna break my soul,”

sang Katy Perry once and has lived according to her “unbreakable” nature since.

Not only is Katy a pop queen starring on MTV, with 13 Grammy awards and a huge list of others, but she also has an amazing official WordPress website.

Easily scrollable and user friendly, her simple website showcases the unique style of the pop star, providing information about the upcoming tours, top news, and a handful of easily navigable links to the artist’s music, top products, etc.

Browsing the site is such a pleasure that you might spend a good 3 hours just jumping from page to page, checking the prices of cool Katy Perry tops and listening to her music, “cause she’s a champion and you’re gonna hear her roar!”

We shouldn’t leave out movies from the conversation about pop idols. Especially, the movies that keep teens locked in their rooms for more than 15 hours for a Star Wars Marathon!

May the force be with you when you start browsing this amazing blog, cus you might be too mesmerized to stop and get back to your work or whatever you were up to.

The Star Wars custom theme (version 2.8.1), along with WP jQuery Lightbox, Disney doubleclick plugin, Panopress, W3 Total Cache, WordPress SEO by YOAST, WPML plugins create a paradise for a fun site full of latest news, best episodes, related games and applications, and a large community section where you can read about what crazy things crossed the minds of fans like you.

Minimalistic and well-organized, the website of the world’s leading technology blog is also based on WordPress.

The emphasis of this “serious” website is put on the speed and impeccable performance, rather than style, so it makes sense to keep the latter as simple and readable as possible.

The site runs the TechCrunch 2017 custom theme and uses some of the world’s most famous plugins, including Akismet, WordPress Importer, Jetpack, and others to deliver the freshest news and newest events from the world of technology.

Sony Music is the owner of the world’s best and most successful music contracts, the recording habitat of the most famous tracks with the biggest titans of the world music history of all genres, from rock’n’roll king Elvis Presley to today’s pop icon and teenage girl fave Harry Styles, from Michael Jackson to The Clash and Kings of Leon, from the romantic melismas of Ricky Martin to the depressive electronic and indie rock of Kasabian.

And this very Sony Music’s official website is built with WordPress,

Using the SonyMusic custom theme, W3 Total cache, Jetpack, and SEO with YOAST plugins, this website is fashionable, modern, and very functional, with a top slider showcasing the leading artists of the current music charts, the top news of music world, and links to the music of the featured artists.

WordPress is solely credited for its mobile and user-friendly website that presents the most famous TV series and movies, offering full episodes and more in one fun and engaging platform.

Nothing compares to MTV in the realm of music TV! And, yes, once again, the MTV news website is a WordPress website. A super successful one, too.

The stylish background of the MTV custom theme, W3 Total Cache and Jquery plugins, sliders and mosaic views of the scattered images of celebrities will get you access to information about trending new album releases and award ceremony outcomes, singles about to come out and brand new celeb gossip – c’mon, how could you not care about the 85th time Selena Gomez and Justin Bieber supposedly restarted their relationship and then terminated it again!

All of this clusterfuck is packed into a playful and fast-processing website with lots of cool attributes to shape a unique user experience.

Obviously, he’s not half as famous as Katy Perry and doesn’t own half the budget of the Star Wars. So, who is he and why is Leon on my list of most awesome websites?

I suggest you visit the website of the UI/UX designer from Dallas to get your answer.

Browsing that mega-interactive website is a tremendous pleasure. With a rolling cube on the home page and flattering colors, the creative designer showcases his portfolio in such a modern and eclectic way, that even those lacking any design knowledge will be hard-pressed to stop admiring it.

And the coolest thing about the website is that instead of using a custom theme, it has the Salient responsive theme installed.

From breaking news in the world of politics to the edgiest publications and art exhibitions, from the achievements of science to sport news, NY Times covers absolutely every topic on its mega popular WordPress website.

Even the fonts and the mosaic view of the articles on the page are customized to make the site as close to an old school newspaper as possible.

No matter if you were fond of the little fancy Disney Princesses or crazy Peter Pan or adorable Simba, you most probably at some point of your life were a fan of a Disney creation and have dreamt of a life resembling that of those characters.

And though Belle and the Beast don’t really get old, Disney keeps moving and surprising its devotees, so paying a visit to this website you’ll learn about new or returning characters, the company’s charitable initiatives, and so much more.

The theme responsible for this magnificent site is TWDC custom theme by Disney Interactive.

Angie, Angie, if you only knew back in 1973 what the Rolling Stones will accomplish with time, you’d probably hold Mick Jagger’s hand and never let him “whisper in your ear that it’s time you say goodbye.”

Today, while Adam Levine confesses his dreams of moving like Jagger, the old school rock dudes already own one of the coolest WordPress websites in the history of rock culture.

All the music, news, tour dates, the official Rolling stones store and more can be found on the minimalistic and easy-to-use website of the legends.

The site has a custom theme – the RollingStones 2014 (version 2.2) – and is supported by a series of plugin giants such as Akismet, The WordPress Importer, TinyMCE Advanced, Google Analytics for WordPress, Advanced Custom Fields, Regenerate Thumbnails, etc.

Is this list not enough for you? Check out Be Theme Blog’s article on WordPress website types with some cool examples! And here’s a guide on starting blogs with WordPress in 7 steps.

Despite all the competition, WordPress keeps evolving and getting better day by day. As an open source CMS, it is developed and enriched with new plugins, services, and themes made to keep up with the drastic shifts in the patterns of web design.

And the main WP secret is that, no matter what your desires and expectations are, you can create your own amazing website, better than any of the listed above. An all-in-one solution already exists for building the coolest website from your “wildest dreams” in the course of just a few hours. 10Web with its 10 magical components is here to keep you company and offer you everything at once in one place.

Build and host your super fast WordPress websites with 10Web

Build and host your super fast WordPress websites with 10Web

Gayane Vardanyan
Majoring in Computer Science and having a creative soul of a poet, Gayane found her balance as a content writer at 10Web, where she mainly creates articles about technology, WordPress, marketing, business, publishing, photography and blogging success. Photography, literature and music are her biggest passions.
#design

10 Biggest Issues Bloggers Face and How to Tackle Them

Surfing the blogs of Kate McCulley and Daniel James (from Dan Flying Solo) and reading about how they gave up full-time jobs to start travelling and ended up living a life of luxury, earning a fortune writing about their adventures is guaranteed to be either a highway to hell or a stairway to heaven. Either way, before shouting out to the world that “blogging is the easiest thing on earth” and “anyone can do it” I suggest you think twice. In reality, blogging is a full-time job and requires dedication, patience, creativity, commitment, and more. The sad reality is that there are lots of issues that bloggers face and those cause most of the beginning bloggers to fail. But, it’s true enough that whenever there’s a problem, there is also the solution! So, let’s identify the 10 major hardships for bloggers and talk about the solutions. 1. Not having a…

Benefits of Creating a Website for Your Photography Business

If we start a debate about what photography is, we’ll most likely come to nothing. The artists will say it’s a form of art. The activists will claim it’s a means of protest. Your mom will probably assure you it’s all about keeping memories alive. Ed Sheeran will basically agree with her. Businessmen will state it’s a way to advertise their products, and finally some photographers will tell you it’s a business! I’m not trying to take sides here but one thing’s for sure: If you’re a photographer, it’s your job and whatever you call it, you need to make money with it. And, in order to do  that, you absolutely need a photography website. It’s not just because it’s cool and all your competitors have one. Let’s go into more detail and discuss all 10 reasons why having a website is a must for you: 1. Having your own…

Building and Managing a Photographer Portfolio Website with WordPress

One should always start with a why, at least that’s what they say. So let’s start with all the possible “why”-s. Why do you need a website for your photography portfolio in the first place and why go with WordPress? Why not simply use Facebook, Instagram, Flickr, and other platforms to promote your work? The thing is, even though social media is helpful, a website will give you all the freedom you need to pick and choose how to publish your content, which layout to go with, how exactly to plan your success with SEO and just in general have your personal space and manage it on your own. To get a more detailed breakdown of all the reasons why you need to create a website check out this article So, why WordPress? Listing all the pros of using WordPress and all its features would turn this into a whole… 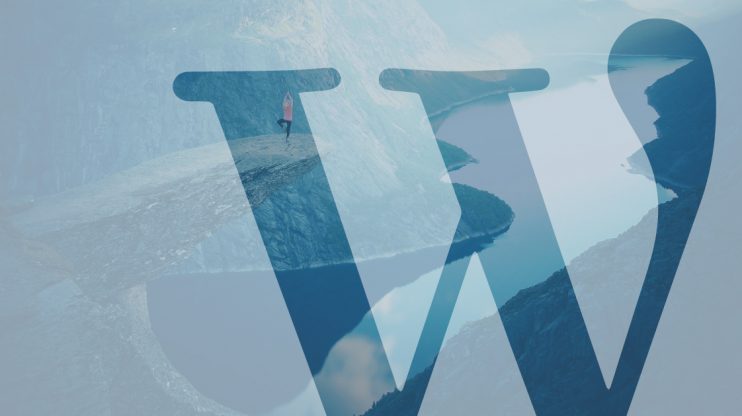 Why You Should Build and Manage Your Website with WordPress

Wondering why you should build and manage your website with WordPress 🤔? If you’re new in WP world, then this article is right for you ✅!