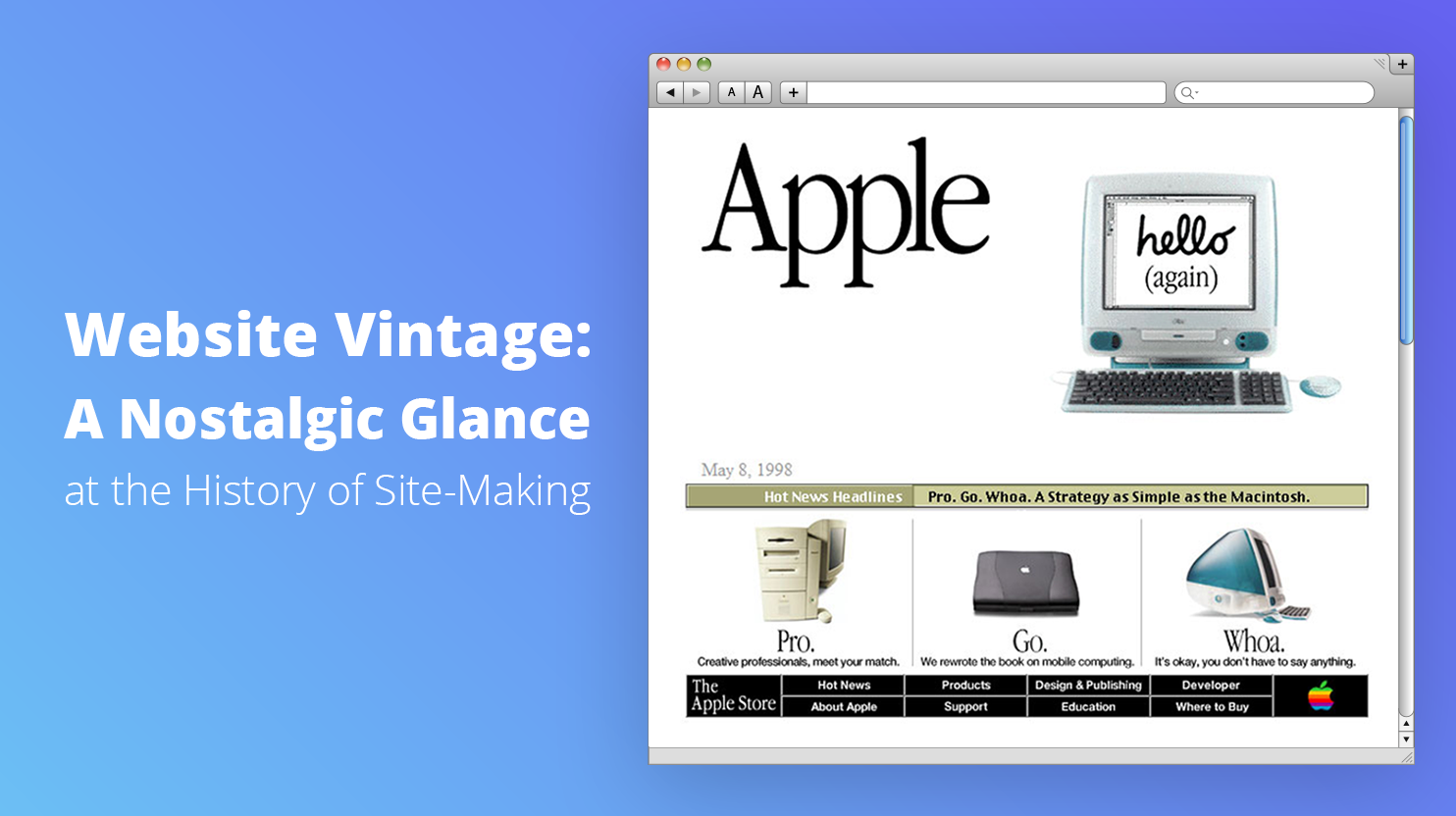 Bet I don’t have to remind you the exact sound of connecting to dial-up internet back in the 90s.

All the brave web travellers of the day remember it with a hint of nostalgia: there it was, the promise of this strange international anonymous space holding many million times the info Library of Alexandria had contained.

Finally, if only for a moment, it seemed that equalizing the informational field was gonna cause the final triumph of unity and understanding against hatred and division.

But who am I kidding, the main reason for logging in was nothing like that. In truth, we were looking to learn the great art of trolling and chat with various pink_rabbit85s first and foremost.

These days, as we can quite literally watch internet use grow like a cancer, as we ask ourselves if the neutrality of tech has made way for totalitarian surveillance by certain governments, it feels nice to nostalgize the very beginning of the web, when Kim Kardashian being a princess on MySpace, instead of, like, whatever unrealistic expectations she’s busy setting these days professionally. 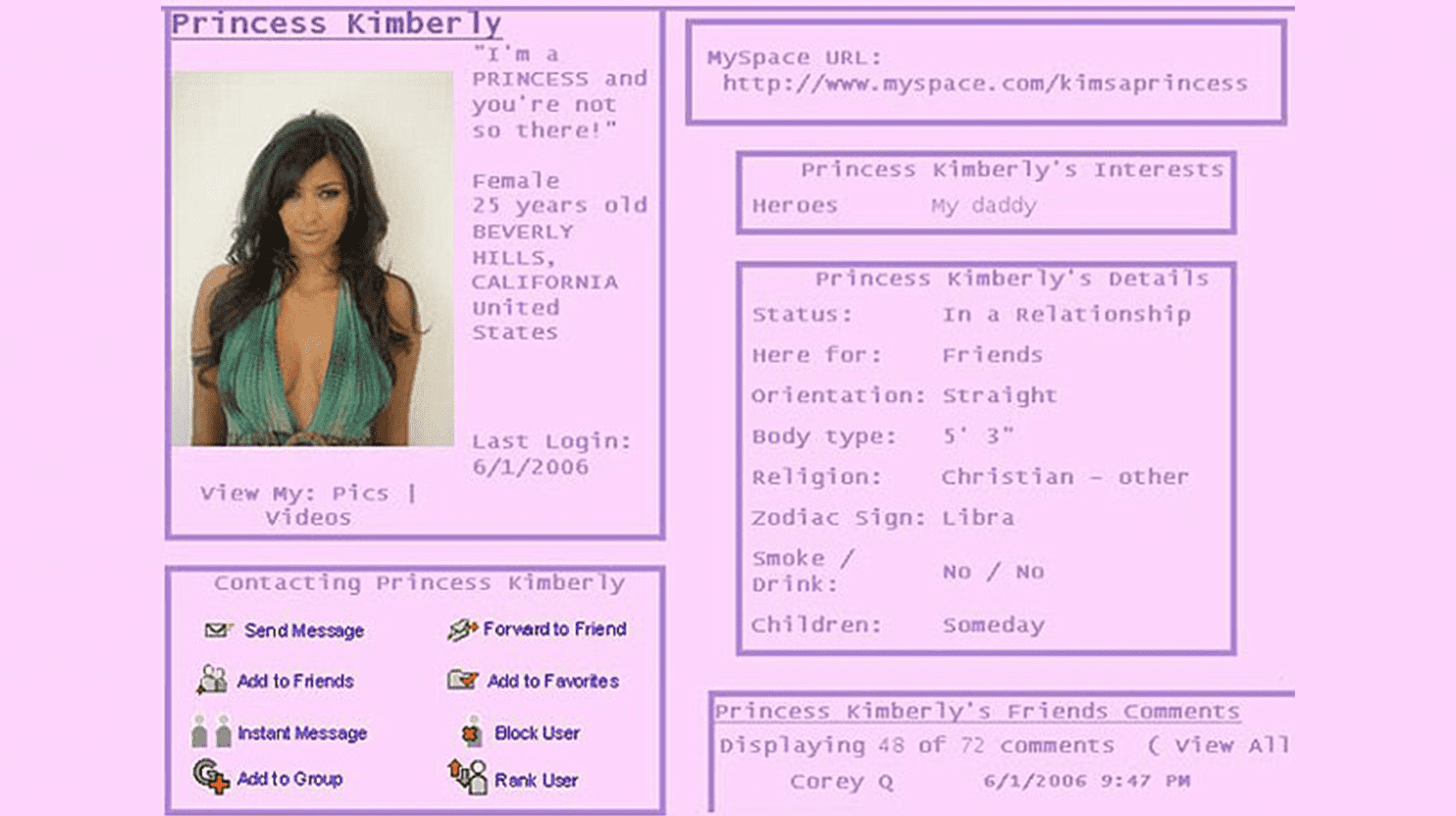 Let’s trace the beautiful comedy of errors that the internet is to its origins!

First site in the history of humankind

The internet, much like the world according to the Bible, began with a Word. Meaning, the first site ever — ever! — was just a bunch of text on a blank screen typed in with the hands of Tim Berners-Lee, then a CERN scientist, in 1991. This is what the whole affair looked like. 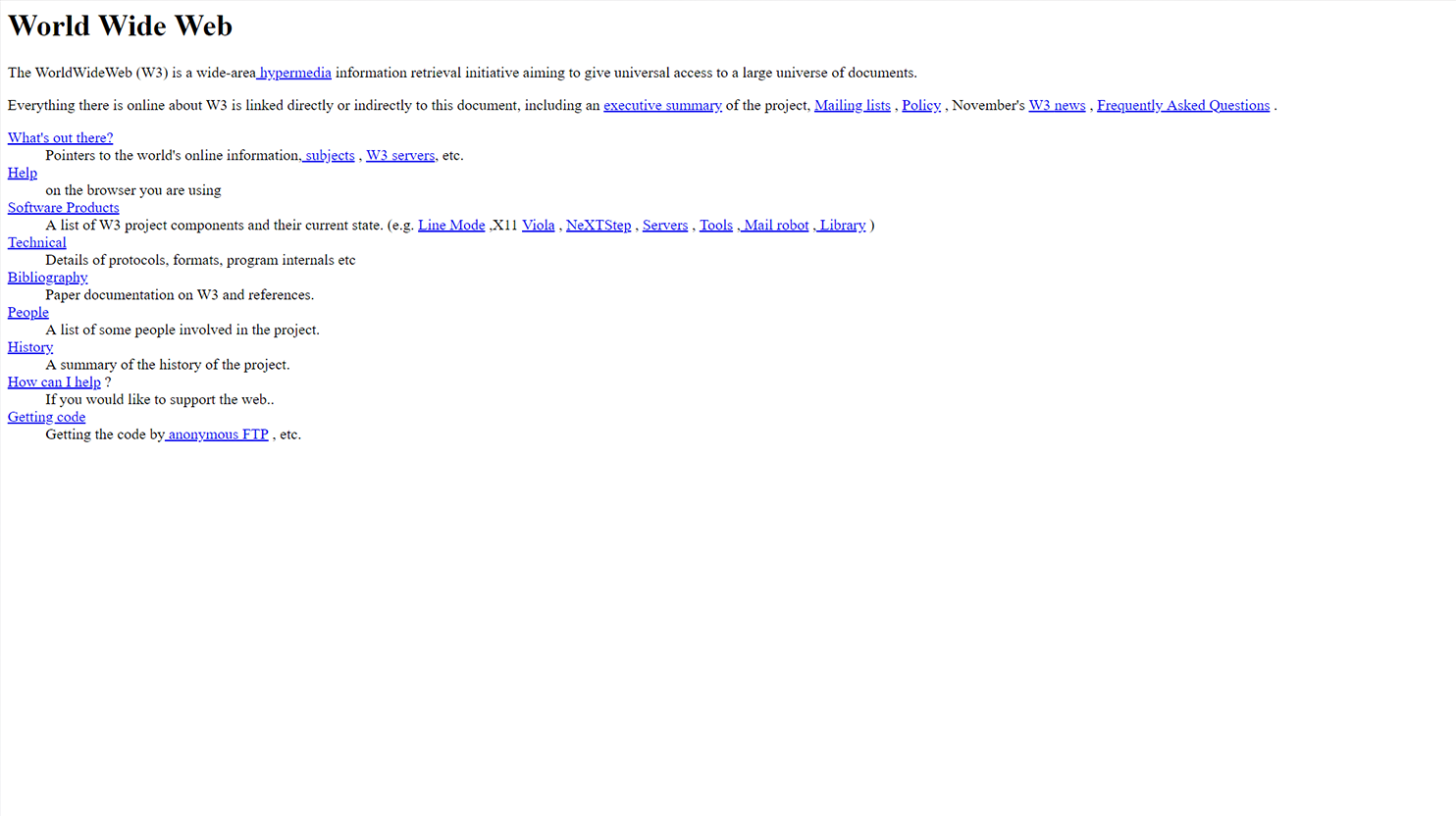 Looking back, defining “W3” as “a wide-area hypermedia information retrieval initiative aiming to give universal access to a large universe of documents,” as the page did, seems a bit naive.

That same idea of universal access now raises questions about what happens to copyrights and trademarks, Yale degrees and music album sales, once a big number of people can create, retrieve, copy, publish, and otherwise interact with a huge amount of information.

However, it goes without saying that whatever complexities we, as humans, encountered and continue encountering, the internet is a wonderful place and totally worth having around. Thanks, Tim!

As soon people started using the web, knowing nothing but the real world, they attempted to model online space after the real world.

There was your social media page, a virtual metaphor for your home where you “received mail,” “blasted music,” and “showed visitors photos from various exotic trips.”

There was NetMarket, the virtual shop and the first search engine Archie, the information center, SegaNet, the virtual isomorphism for sports and Match.com, the less scary way to ask people out. 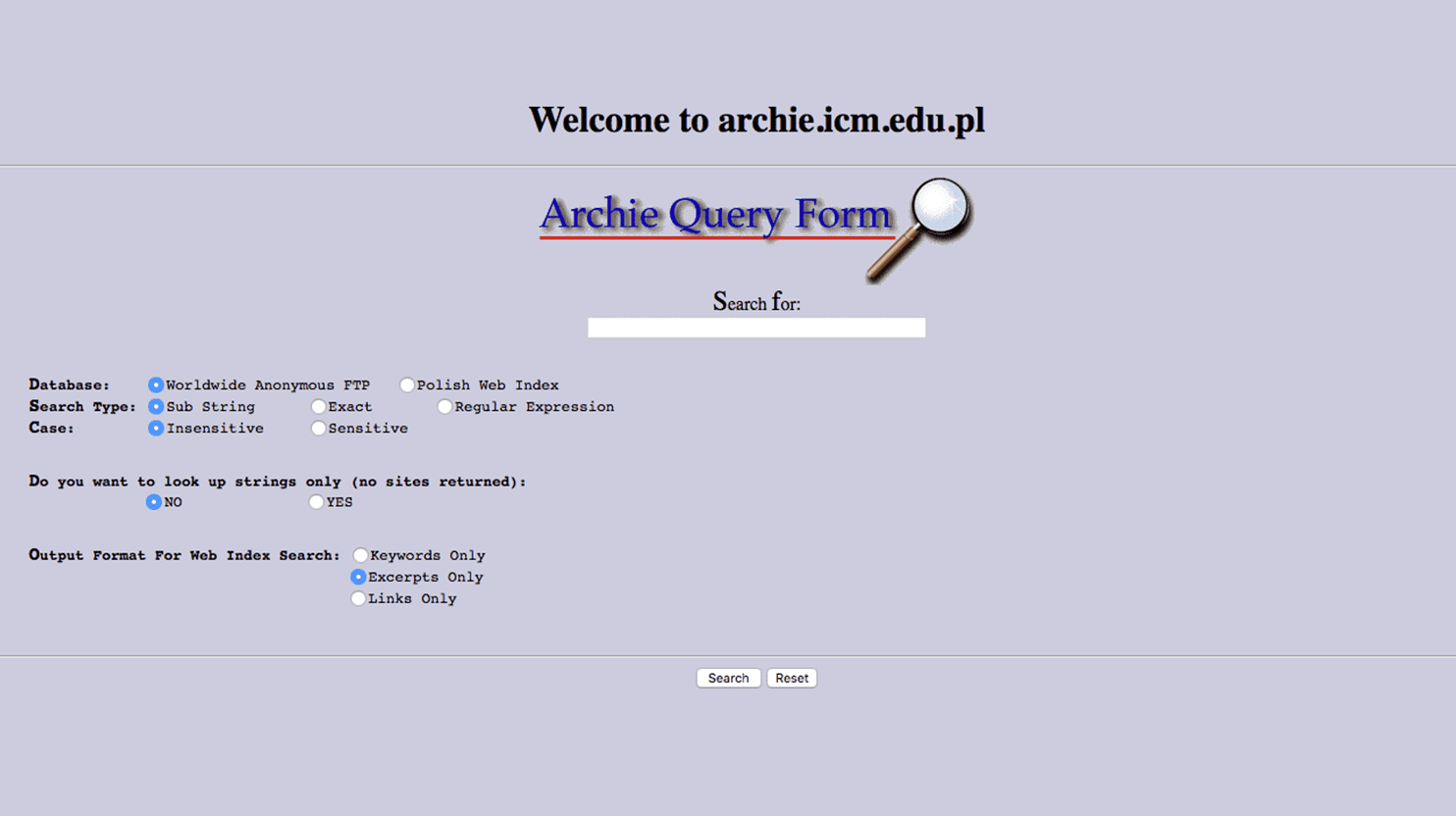 As these examples show, the web makes the transaction cost of everything much much lower through expanding the geographic pool to include the whole world. 10 points to globalization!

The internet as it is also seems to tend toward anarchy and piracy. You can’t just give out copying machines to everyone and expect them to dutifully pay for everything under the world’s current economic conditions.

As for anarchy, both the case of Edward Snowden and the alleged interference of Russians in the 2016 US elections demonstrate that no power structures are safe from informational wars. Sure, some of the abstract ideas are powered by very real cash, but internet remains a platform where smart weirdos can still occasionally mess with much more powerful forces.

And finally, the internet which had begun as a decentralized information network gradually became more centralized as it became commercialized.

In the end though, no one owns the internet. It is inherently decentralized, no matter the human tendency to model it after their isolated centralized territories. The whole battle for Net Neutrality and the emergence of Bitcoin further prove that point. 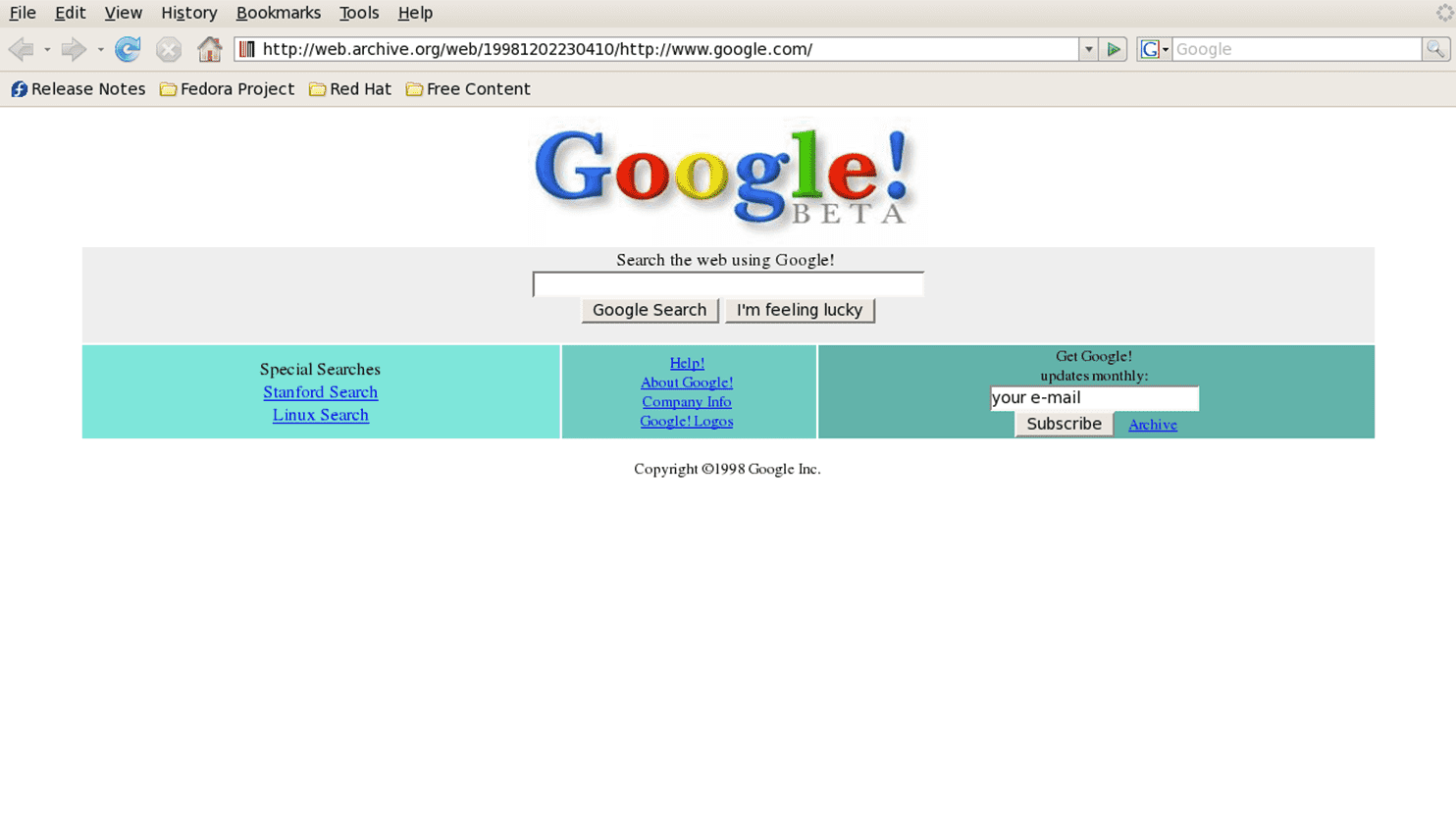 Google was not the first search engine but sometime around 2003 people decided and in 2018 continue insisting that it is the absolute best.

There were three key contributing factors to Google successfully monopolizing our searches — well, other than the fact that tech things and investment things tend to be way easier for Stanford graduates.

Blogosphere: On the origins of WordPress

Ah, to think that in 1999 there were, like, 23 blogs on the internet! That changed pretty quickly once people realized the power blogging can give the somewhat skillful, the decently gifted, and the grammatically okay.

The fact that independent sources, like blogs, were able to be perceived as viable forms of alternative media comes from the web’s abovementioned general tendency to decentralize. In any case, by 2005 blogger Garret Graff was granted White House press credentials. 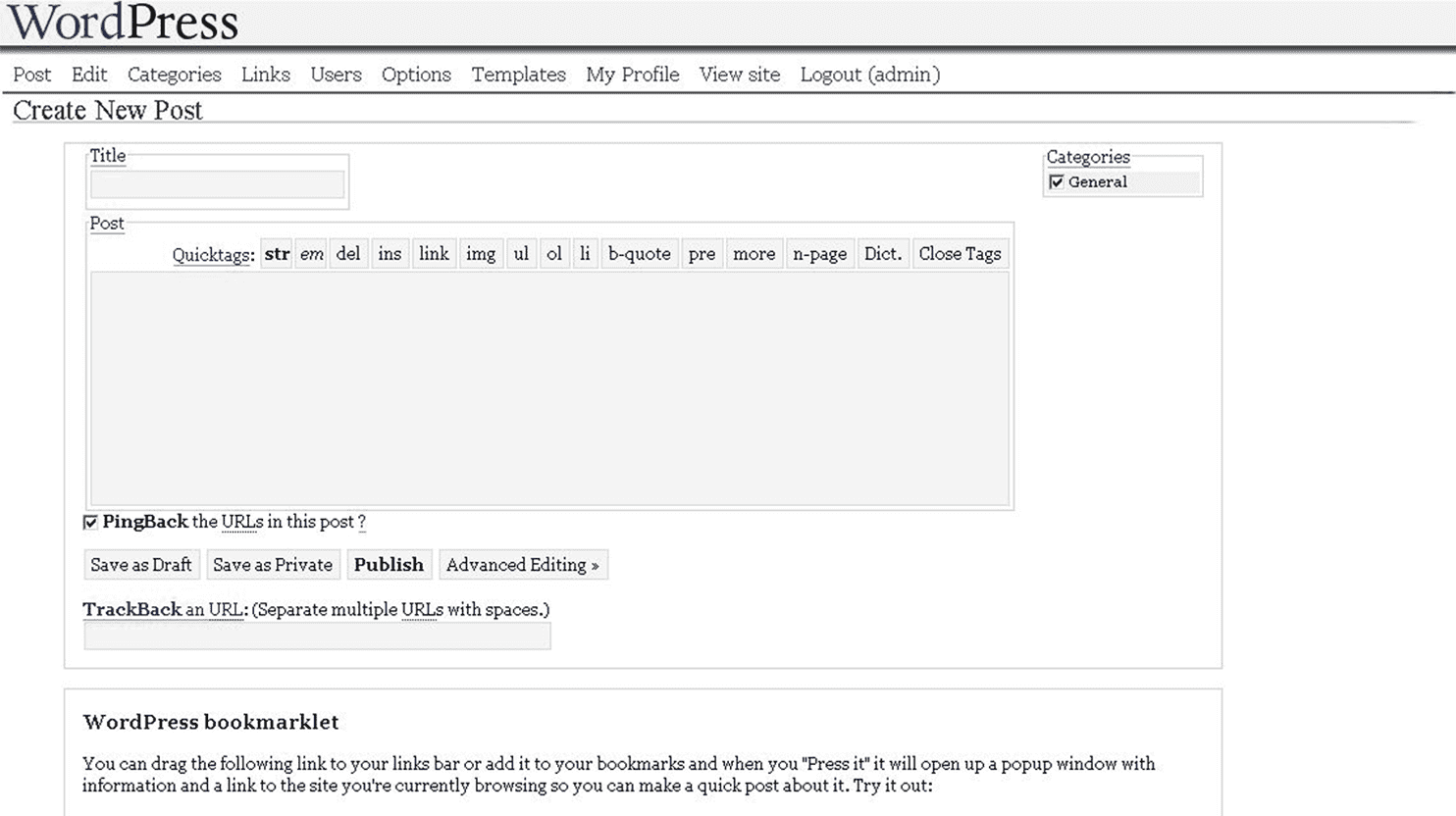 Web design, previously a professional field hiding out in IT offices, spilled into the houses of every Jane, Jamal, and Joe with the founding of WordPress in 2003.

Suddenly, everyone was a content creator, web designer, and marketer. The flourishing blogosphere still relies on WP, currently the most popular Content Management System, to easily create attractive content independent from “veritable” sources.

By the way, if you ever feel like you have stuff to contribute to the discourse, our 10-component toolset – shameless plug – is here for you.

The mobile revolution circa 2007

Fast forward a couple of years, Steve Jobs was sporting his now-famous existential black turtleneck and introducing iPhones while he was at it, too. 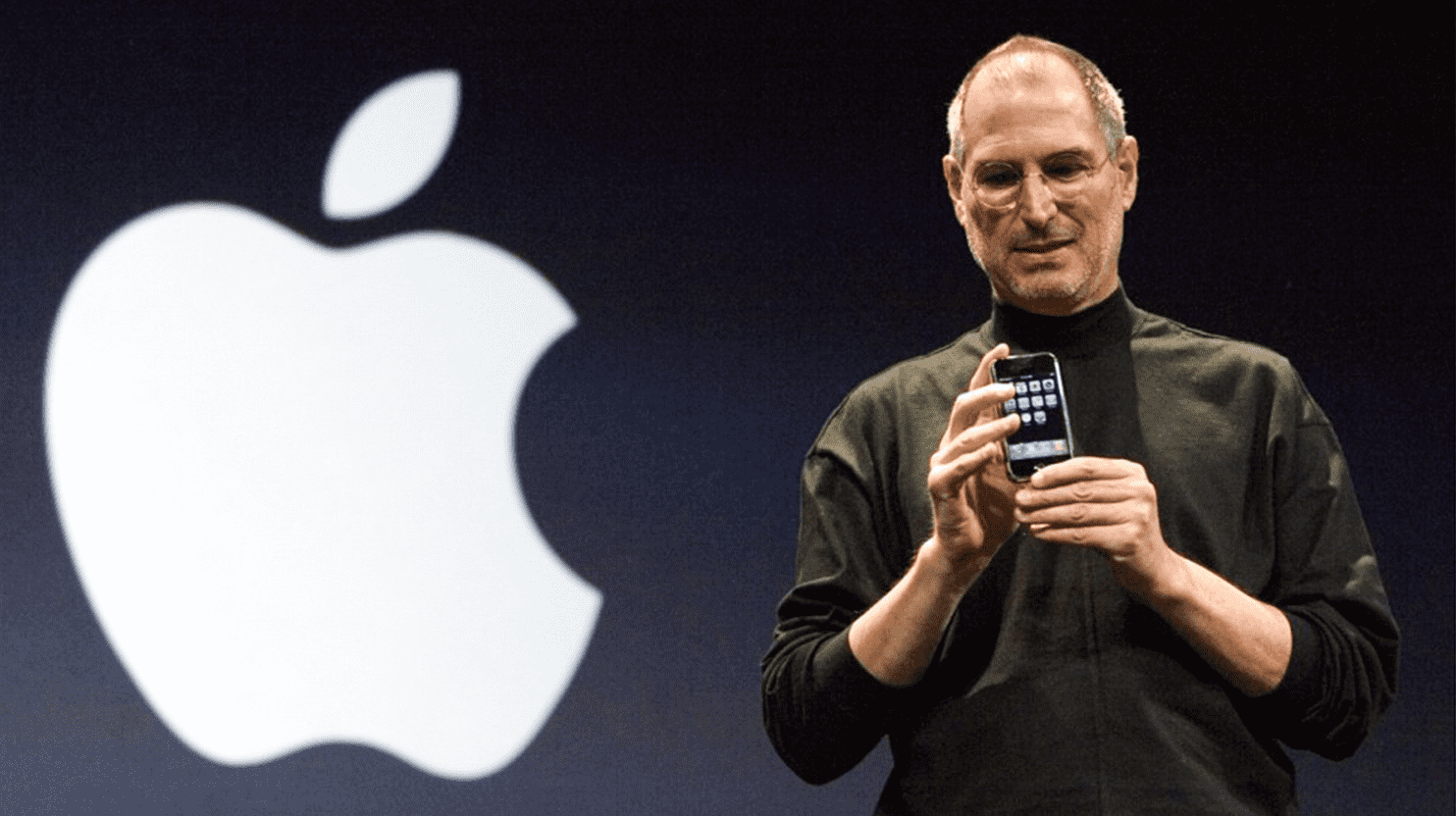 Besides content and design standards, websites had one more essential standard to uphold: responsiveness.

Nowadays more than half of the traffic worldwide is generated through mobile phones, making mobile-friendliness an even more important criterion.

Anyway, what’s the point of wide screens and crystal clear images if we’re commuting between the many locations of our busy modern lives?

Coolest and cutest sites of 2018

It’s hard to imagine the vastness of the universe and of the three Ws. It makes sense then that I present just a small list of sites that have crossed my horizons these past few months.

Feel free to comment some interesting and beautiful sites, if they ever come to mind!

This is only a glance at the beginnings of the web which doesn’t quite hint at its future. All we can know is that the internet, the strange space that it is, has a chaotic and complex future we’ll all be a small part of. If you have something to share about your own initiation to WWW, do share in the comments.